Perhaps you’ve heard of the Ragnar Relay, know someone who is a full-fledged Ragnarian (completed a Ragnar), or the thought of running in a relay event has peaked your interest. Whatever your reason for considering Ragnar, this guide will walk you through the basics to understand what a Ragnar Relay is, how to join one, and make the most of your Ragnar experience!

What is the Ragnar Relay?

The Ragnar Relay is an approximately 200 mile relay race where runners formed in teams take turns running varying distance “legs”. The race itself lasts overnight, spanning two days as teams of runners pile into vans to run their legs, support teammates, or get some much needed rest and food. Those who complete a Ragnar earn the “Ragnarian” designation, but gain a much greater experience!

Where it gets interesting is that Ragnar is all over the United States, run on the road or trail, and varying team sizes are available to increase difficulty (including an “Ultra team” where each runner tackles 6 legs for 26 plus miles of total running).

Instead of having a relay in one place once a year, akin to the famed Hood to Coast run, Ragnar Relays are highly inclusive per their location. This allows opportunities for reduced travel costs to participate and easier planning given the range of dates, locations, and race types.

Per race types, there is either Ragnar Road or Rangar Trail, each offering a distinct challenge, diverse terrain, and intriguing areas to explore. While each Ragnar adheres to a general structure, the local culture adds a lot of flavor where it’s conceivable for runners to participate in Ragnars like those who “collect” Marathons.

Teams differ in size, composition, and divisions starting with the traditional 12-person team for a regular Ragnar where each person covers between 11 to 24 miles, while an Ultra team of 6 runners covers close to a marathon (26 plus miles) each. For Ragnar Trail, the teams consist of either 8 (Regular level) or 4 (Ultra level) runners.

Beyond the structure of the Ragnar, is the experience. In fact, many run the Ragnar not to compete for personal and team goals, but to enjoy the unique atmosphere that is Ragnar. It is an event in the truest sense of the word with a party like atmosphere spread along the relay.

Many meet new friends, or strengthen older friendships, as you can’t help but bond as you cram into a van (body odor is a side effect of Ragnar runner bonding) and cheer your teammates on. In the end, a Ragnar Relay is what you make of it. If you want to be competitive, you can do so, but don’t feel like you must be in order to enjoy a Ragnar.

How to Join a Ragnar Relay

Signing up for a Ragnar may seem like a daunting task, but there are many options for joining in on this one of a kind relay. Specifically:

How to Train for a Ragnar Relay

Training for a Ragnar should not be taken lightly, but approached with an eye towards endurance and recovery. As you will be running multiple legs over a 2 day period, it is critical to have a strong running base. This running base should be complimented by a workout that incorporates strength, endurance, and recovery…. and for this purpose, Fartleks are hard to beat.

From an endurance standpoint, while you will be covering 11-24 total miles, you don’t need to be able to run 24 miles all at once, but rather aim to complete a long slow distance run of 50-75% of your total Ragnar mileage (ex. If your total mileage for the Ragnar is 20 miles, you should be able to complete a long run of 10-15 miles). Fartleks compliment this endurance by the surging, then maintaining during the “off” periods of the Fartlek training session, increasing strength and the ability to “bounce back”.

You will also need to consider if you are training for the traditional Ragnar Relay or Ragnar Trail. Use our extensive [trail running guide] to get up to speed on the important considerations for trail running. Here is a list of running guides to assist you with preparing for your Ragnar: 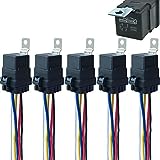 The Ragnar Relay requires caution before attempting, and awareness while racing in this unique running experience. Specifically:

In the Zone Newsletter