Are you a road or track runner looking to upgrade your training session? Training is a big part of preparing for a race, but how do you make the right choices during this period? Specifically, does trail running help road running?

Before we can get much into details, let’s take a look at what each involves.

Trail running is the advanced type of running that tests your body’s endurance levels in multiple ways. It involves running, well, because it’s more of a personal test than it is a race through the wilderness. A trail runner gets to face different courses at different times of the race, which pose various challenges.

Trail running also goes for extended periods; some athletes take 2 days to finish the race, depending on their fitness levels. Moreover, since athletes pave their way through the wilderness as wildlife and any potential dangers are kept at bay, there are cautions.

Other than the course, the gear is quite different as these guys run day and night. There are aid centers to stop by every 5 km to check out your health state and if you can keep going. Trail running tests your ultimate physical and mental fitness throughout the course. Do not confuse trail running and cross country running, for the latter still has a defined path even though it’s off-road.

Road running, alias long-distance running or marathons, are types of races where the competition gets a little bit heated up. This type of running involves running on a well-established road with a clear path and defined direction. For long-distance running to happen, especially the 21 km or 42 km marathons, cities need to close some of their roads to be used by the athletes.

Road running has smooth roads and no hassles with rocks and sand. Road running also gets more competitors to join in because the whole activity is fun. These races can take at most 3 hours, with the fastest runners getting to the finishing line a bit earlier. Road running required no other equipment other than the gear to race.

A road race has several water points, and there is usually a follow-up vehicle to keep track of the runners, especially those at the forefront. Road running is also a single-day event, although it takes time to prepare for excellent results during the race.

There are several differences between trail running and road running. However, there is a solid relationship between the two, one that benefits road runners. But, we will take a look at that later in the text. Let’s consider the common factors and the differences.

How Are They the Same?

There are several similar aspects in both trail and road running. Some of the common factors include the fact athletes in both sports take a lot of time preparing for their races. They both need running clothes, which differ from gears – don’t get it wrong. That’s shoes (which are so different), running shorts, a sports bra, and running t-shirts. In some cases, sunglasses are a common denominator.

Both trail running and road running are controlled, although the approach is different for both (but let’s save that for the differences). Both these sports also share the common factor of sustaining the athletes with stopovers at various points to either quench their thirst or get a medical check-up. That’s it as far as the similarities go, so let’s consider the differences.

How Do They Differ?

Well, here’s where we get to spot the uniqueness of each sport. There are multiple differences between trail running and road running, and the list includes

We are down to how these two sports are related. So quick question – what’s tougher on your body, the trail or the road? Well, every road runner might want to try out trail running for some benefits. We are well aware of the impact trail running has on our bodies; the strength, the endurance, the mentality, and much more. That is something you should bring to the road. But how?

Trail running has multiple obstacles, from hustling through the trails to having to keep going even at sunset and through the night. These are aspects that groom your body with much strength and endurance. If told to step up to a well-defined road for a race, you’ll have the energy and gas to keep going until the last stretch, more manageable than you usually would.

The mentality also to persevere all the obstacles and possible dangers will build up in trail running. You only have about 3 hours to complete a road race which won’t be an issue if you’ve gone for an entire day without stopping your fit (maybe a little bit to catch some breath). You’ll find it easier to cruise through the race.

But here is the catch. You might want to go easy on yourself when it comes to trail running as a way to help you with road running. The thing is, you’ll eventually get back to the road. Unlike how the trails are made of softer and natural surfaces (soil, grass, and mud), roads are constructed from concrete or asphalt. The materials on roads are challenging and offer a severe impact on your feet.

It’s right to say that trail running helps road running, but fixated on particular aspects. It would be best if you also gave your road running training more attention because that is the course you’ll run on during the race. However, a little bit of both makes you a good road runner. 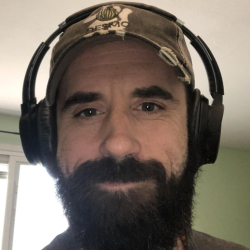 Jordan
Jordan has been a lifelong fitness student and enthusiast ever since he won the gold at conference in the 100 butterfly and 200 IM back in his "glory days." He enjoys writing about fitness and nutrition, bowling, and cooking.

Latest posts by Jordan (see all)